skip to main | skip to sidebar

Gunnar and Mallory get Frodo revved up.
Posted by Heidi Dahlin at 8:41 AM No comments:

Frodo and the Family 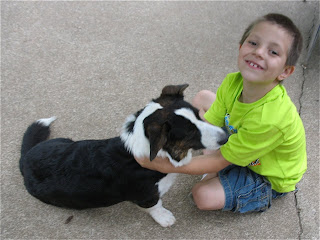 My side of the family came over for our yearly reunion. We had about 25 people ranging from 8 months to their 60's, and Frodo was convinced they were all here to see him! I didn't snap a picture, but several times he would come and sit in the center of the family circle and wait for the "Isn't he cute? He's adorable!" comments.
In the pictures, Gunnar, my great-nephew, would give Frodo a belly scratch, and then laugh when Frodo's leg would move. Frodo loved every minute of it. Mallory came to help with Frodo. Gunnar loved Phoenix, too, but Frodo was definitely more fun! 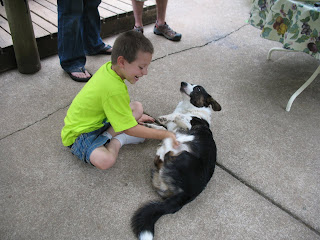 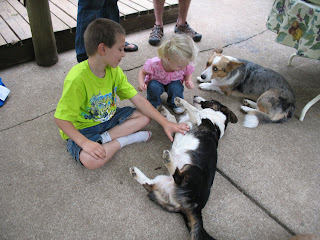 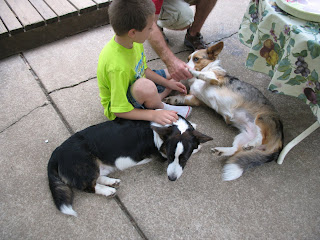 Frodo is at the vet for neutering now. He weighed in at a whopping 33.5 pounds! I bet he will match or beat his mother by the time he is done growing. He is the same size as Phoenix now and is bigger than Wallace, a fact he loves to rub in Wallace's face.
He is easily the most mellow puppy I have encountered. His idea of rebellion is to lay down and make himself heavy. He seems surprised every time that I can simply lift him up and make him come or get where I want him to go. "How does she DO that?" is the look on his face.
He is my chore dog. Frodo loves to visit his chicken and goat friends (to eat their poop, of course). He is not smart nor showy like his littermates, rather, he is an inspiration to appreciate the simple life on the farm, where lazy afternoons are meant to be enjoyed in the shade and nothing in life is worth getting worked up over. Fun is being with friends, enjoying a good meal and playing in the sunshine.
Posted by Heidi Dahlin at 8:50 AM 4 comments:

Here is Frodo with a litter of kitties I found in our barn. He sure loves interactive toys!

Frodo has learned that "Fetch" means to run around with the ball in his mouth and play keep away--way more fun than the traditional rules. 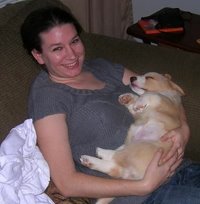 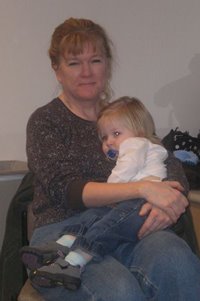 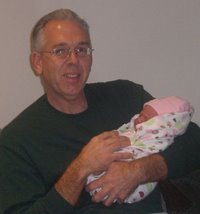